PABASA is honoured to name its School after former Chief Justice Pius Nkonzo Langa. Both in life and his professional career, Justice Langa exemplified the ethos and principles that PABASA is founded on. Justice Langa started his career as a court interpreter and messenger in the Department of Justice. He completed his law degree and worked as a prosecutor and later a magistrate. In 1977 Justice Langa was called to the Bar and was conferred silk status in 1994. Justice Langa’s practice as an advocate reflected the struggle against the unjust apartheid system and his clients included the oppressed, under privileged and the disenfranchised. He was a founder member and President of the National Association of Democratic Lawyers (NADEL). With the establishment of the Constitutional Court in 1994 , Justice Langa was appointed with 10 other justices as the first judges of the new Court. He later went on to become the Deputy Chief Justice and then the Chief Justice of South Africa in 2005. Justice Langa left a body of work that has had a profound impact on multiple areas of our jurisprudence. We are grateful to the Langa family for allowing PABASA to honour Justice Langa through the work of the School.

The School is located in Sandton, Johannesburg. The School of Advocacy is aimed at training and developing advocates of outstanding competence in all spheres of advocacy and the practice of law. The School caters to both the academic and advocacy training component of pupillage and provides continuing legal education for admitted legal practitioners (advocates, attorneys and in-house legal practitioners) from time to time.
All queries regarding the School may be directed to school@pabasa.co.za 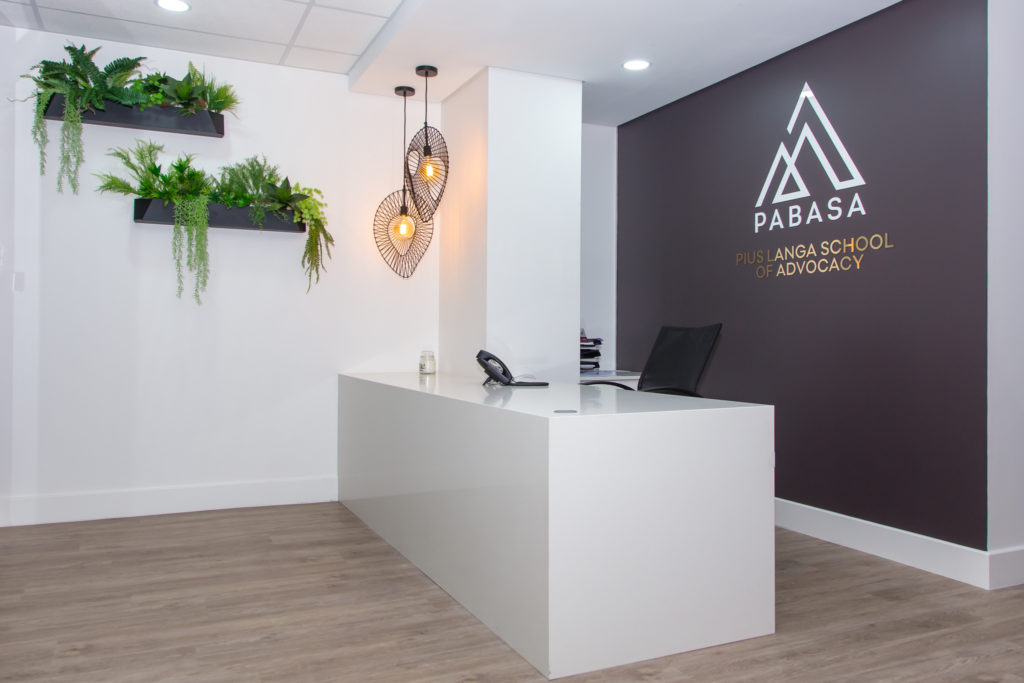